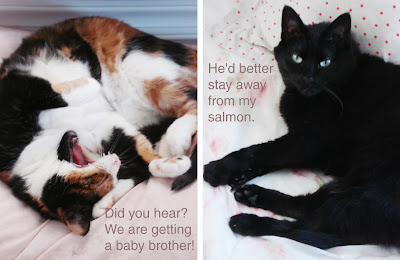 They had a hard time telling at first, but it's official:  little bow ties here we come!
0 comments
Email ThisBlogThis!Share to TwitterShare to FacebookShare to Pinterest

Those cute little meatloaves did me in.  Shortly thereafter I succumbed to three months of nausea that was teetering on unbearable.  And meatloaf or lentils or mushrooms or anything "earthy" or "mushy" was a no-no.  Yes, I was pregnant and in the midst of "morning" sickness (yeah right, mornings my foot). 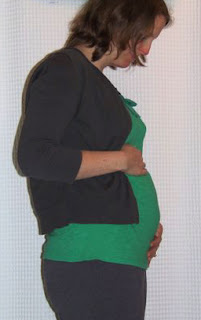 So needless to say, I'm back.  Sans the nausea.  But with an aching back and a little baby bump.  We find out tomorrow the sex of the baby.  Then let the buying of cute Boden outfits begin!
3 comments
Email ThisBlogThis!Share to TwitterShare to FacebookShare to Pinterest

a haircut and cute little meatloaves 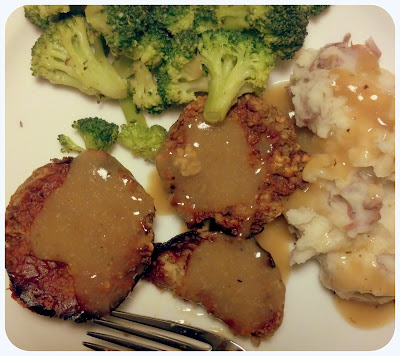 Some girls are into make-up and hairstyling and other sorts of beauty routines.  I'm not really one of those girls.  Now, don't get me wrong, I love a killer sparkly eyeliner.  But make me actually have to style my hair and I'm done.  I went to get my hair cut this week for the first time since our wedding.  Yes, four months +.  Needless to say, my hair was long.  And annoying.  As in, hair-in-a-ponytail/bun-everyday annoying.  So my hairstylist chopped it.  I asked for shoulder length.  It ended up more chin length (my hair is getting a little curlier every year since I hit 30).  And I really don't care.  Less shampoo to use, I figure.

I make up for my non-girly tendencies in the beauty routine category by being super-girly in other categories.  Number of decorative throw pillows?  Check.  Cute shoes and scarves?  Check.  Pretty dresses?  You bet.

And I like putting on a frilly apron and baking up a meatloaf.  Meatloaf made of oatmeal (yet another thing in our pantry that we have way too much of) instead of meat.  Baked in muffin tins for cute little meatloaves.  Yes, sometimes food does = love.  I find baking meatloaf for the hubby a romantic enough gesture that it'll be what a serve him on Valentine's Day for dinner when he gets home late.  Maybe with a BBQ sauce heart on top.
2 comments
Email ThisBlogThis!Share to TwitterShare to FacebookShare to Pinterest 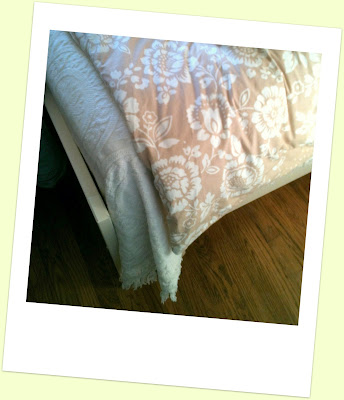 I have a love/hate relationship with duvets and duvet covers.  In the winter, when the nighttime thermostat is turned down to the low 60s, I love it.  But when I'm trying to wrestle the actual duvet into its freshly-washed decorative cover, well...  I've also come to realize that the hate part is directly proportional to the number of black cats owned.

After writing yesterday's post, I got a motivated bug in me and went to the grocery store, made vegan butterscotch pudding (fail), baked vegan biscuits (win), changed the bed linens (see above), and other assorted productive tasks.  Oh, and I burned a scented candle and blasted Miranda Lambert (my current obsession).  So thank you, sporadic blogging venue, for giving me a kick in the rear and getting me going again.
0 comments
Email ThisBlogThis!Share to TwitterShare to FacebookShare to Pinterest 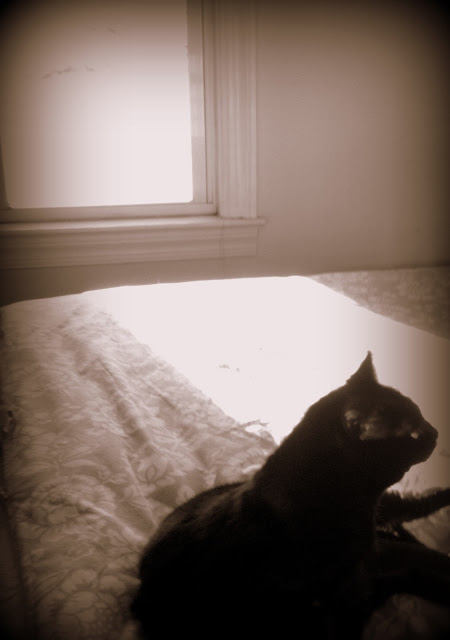 There are some days when I am really very good at being domestic.  I get up early, do chores like laundry or dishwasher-unloading, cook something, and all while having music playing in the background and scented candles burning.  And then there are days where all I want to do is watch reruns of whatever Housewives series is playing on Bravo while huddled under an afghan on the sofa.  Today is a mix of one of those days.  Mostly because I can't find anything I want to watch on television.

When I lived alone, lazy days were nothing.  Being married, I now feel the need to err on the side of domesticity.  And when I don't reach domestic goddess status on a day off (especially on a day the hubby is working), I feel guilty.  I always have big plans.  Cakes I can bake.  Soups I can make.  Rooms I can clean.  Stacks I can organize.

Today I have: 1) cleaned up the breakfast dishes (from a breakfast the hubby cooked before work) and 2) unloaded/loaded the dishwasher.  And it is 2:00 in the afternoon.  There is a whole list of things I also need to do today, but instead I sit playing with photo effects on Picasa and catching up on months' worth of blog reading.

I am not a domestic goddess role model today.  Martha would be very disappointed in me.
1 comments
Email ThisBlogThis!Share to TwitterShare to FacebookShare to Pinterest 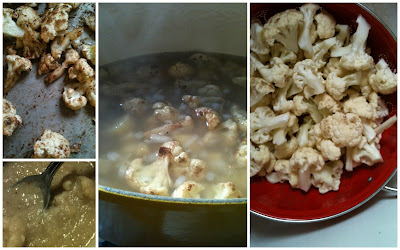 Being January, and the start of a new year, I had high expectations for what I could accomplish this month.  Days off turned into lounging in bed days with some laundry and soup-making thrown in for good measure.  I don't love eating soup, but during these chilly winter days I do love making soup.  Plus, there is the bonus of having days of workday lunches ready to go in the freezer.

A big cauliflower bunch in the organic section at Wegman's was calling my name.  Add in some white Hayman sweet potatoes from the farmer's market for the warm and spicy Sweet Potato Cauliflower Soup from Manifest Vegan.  Hayman sweet potatoes are white in color, so the resulting soup was not light orange but instead was warm beige.  Maybe not the most photogenic, but quite tasty!

We've been struggling to stay in our grocery/dining out budget over the holidays and I am determined to make it work in January.  We have less than $100 left for the month, so I've warned the hubby that we'll be doing a "purge the pantry" set of recipes in the coming weeks.  Hush puppy mix.  Large jar of pear halves.  Oatmeal. 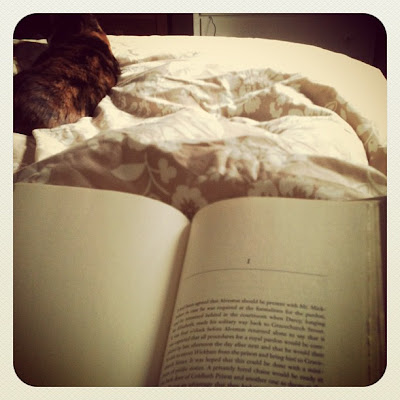 Happy New Year!  It is hard to believe that 2012 has come to an end and that December is now a not-so-distant memory.  I'd been making plans to put together a long post on our September wedding (complete with professional photographer photos), but that will have to wait.  I mostly want to do that post for myself, so that the lovely details don't get lost to the passage of time as they are apt to do...

The past month had some wonderful moments and some sadness mixed in.  We decorated the house for Christmas, sent our our first family photo holiday card (which used our wedding photos), shopped for gifts, and enjoyed a date night to see Skyfall.  We saw friends and family for the holidays, which is always lovely.  We also mourned the unexpected passing of the hubby's stepfather on December 8.  Mid-December was a blur for us both, but especially for the hubby, and I know our marriage had its first real test during that time.  Somehow, we've come out the other side and here it is January 2013.

Throughout the month I worked on new recipes from various vegan cookbooks and blogs.  My favorites included:
~ Chickpea cutlets from Veganomicon (p. 133) - these are super-easy to make (chickpeas, bread crumbs, vital wheat gluten, spices) and give you a meaty main.  We baked them (instead of pan-frying) and topped them with Heinz chili sauce.  Next time with gravy (like a vegan version of chicken-fried steak).
~ Quinoa-Stuffed Portobello Mushrooms
~ Sweet Potato Surprise with Kale - oh. my. goodness.  This was delish.  But I'm a mac & cheese fiend, so I may be a bit prejudiced.

Both the hubby and I had New Year's Day off and we spent it just as we wanted:  reading and lounging together.  Oh, and eating black eyed peas and greens [Hottie Black Eyed Peas, to be exact].  Here's to a lucky and happy and healthy new year!
1 comments
Email ThisBlogThis!Share to TwitterShare to FacebookShare to Pinterest

Gretchen
Fredericksburg, VA
My imperfect, quirky life. A 30-something girl doing a little cooking, gardening, and daydreaming (and now settling into married life too). 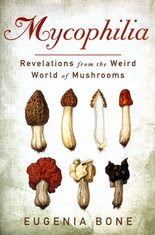 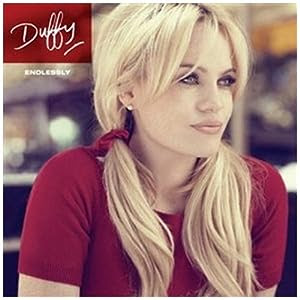